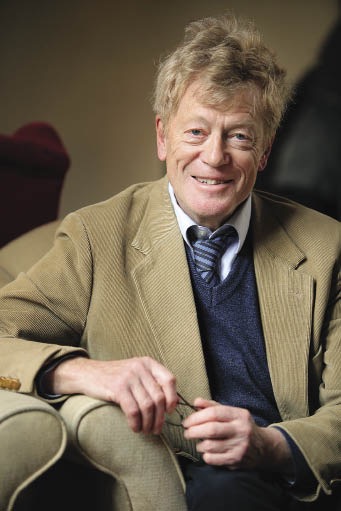 A Course with Professor Roger Scruton

for Philosophy and Politics Graduates at Princeton University
Fall 2006

These notes summarize the material presented in a series of 12 three-hour classes. They are not scholarly, but are intended as guides only, to be read in conjunction with the texts mentioned, and to be refined and corrected through argument. The course was put together with a view to exploring the philosophical foundations, rather than the practical effect, of modern conservatism. The specific interests of students attending the classes influenced the topics discussed, so that not all those topics mentioned in the first class are covered. An inventory of relevant topics that remain untreated appears at the end of Lecture 12.

I refer at one point to an article of mine on Hayek and Conservatism. This will be published soon in the Blackwell Companion to Hayek, ed. Edward Feser. Meanwhile I attach the article as an appendix at the end of the course.

We have eleven weeks, after this one. I propose to consider the following topics, not necessarily in this order, and I have indicated a few of the issues that arise under each heading:

What are the foundations of political order? The social contract and its conservative critics. Absent generations and legitimacy. The idea of a political inheritance, and obligations that have not arisen by contract or consent. Hume’s essay on the Social Contract states (in sceptical form) one version of the conservative position. Hegel’s Philosophy of Right states another and perhaps deeper, at any rate darker, version.

What makes a law binding upon the subject? Natural law versus positive law. Common law versus legislation. The Hayekian view of law, as a form of spontaneous order, arising in response to concrete social conflicts, the collective solution to a problem of coordination. The idea of a rule of law, and its preconditions. My paper on Hayek and conservatism might be sufficient to introduce this topic. (See Appendix to these lectures.)

The conflict between distributive and procedural conceptions of justice. The idea of ‘social justice’, and its development in the work of Rawls. Conservative objections and socialist replies. The place of rights and duties in the political order.

What is political freedom? The distinction between liberty and licence. Positive and negative liberty. What principles ought to govern the limitation of freedom by the State? The distinction between authority and power, obedience and coercion. J.S. Mill’s On Liberty, and Sir James Fitzjames Stephens’s Liberty, Equality, Fraternity, are both still vital sources for this debate.

What is a constitution and who enforces it? Written and unwritten constitutions. The nature of a bill of rights. Custom and convention: can a constitution exist without a background of shared customs and values? Whence derives the authority of a constitution, and what procedures ought to exist in order to amend it? De Maistre’s Generative Principle of Constitutions in worth reading.

What is the place of religion in political order? Can religion be, and ought it to be, excluded from state institutions and from the public arena? American controversies, and the Judaeo-Christian inheritance. Islam and the shari‘ah. The nature of political order in the Islamic tradition, and the position of non-Muslims in the Muslim state. I have considered this matter in The West and the Rest.

The role of the family in social reproduction, and the relation between family and state. Are they mutually antagonistic? What kind of marriage laws should be countenanced by the state, and with a view to what end? The nature of sexual desire, and prevailing misconceptions. The contrast between conservative and liberal views of sexual conduct. Feminist and gay perspectives, and the conservative response to them. Many aspects of the conservative position are explored by the women in ‘Phryne’s Symposium’, in my Xanthippic Dilogues.

What is culture, and what is its social importance? The relation between high culture and popular culture. The role of education in establishing continuity and forming elites. The goal of education and the right ordering of the curriculum. Cultural conservatism and the canon. Foucault and Bourdieu, and how conservatives respond to them. This topic could get out of hand, but we can discuss together how to limit it, and which issue has been of importance to you.

The rise of the welfare state, and the conservative response. Property, its limitation and distribution. Bureaucracy and rent-seeking, and the growth of the underclass. The disappearance of the ‘deserving poor’. Back to Babbitt. James Q. Wilson’s book on The Moral Sense has much to say on this issue, as have the economic arguments of James Buchanan and others.

We might end with this topic, since it is on everyone’s mind. Just war theory and the justification of war. National sovereignty and its protection. The right of self-defence and the nature of pre-emption. Religious versus national wars; the nature of peace and the means to maintain it. The possibility of international law. Kant’ Perpetual Peace remains a useful starting point for any discussion of modern states and the international order.