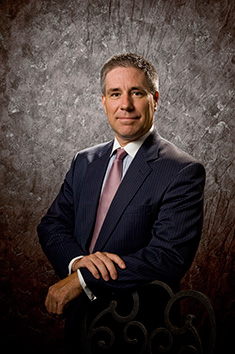 Mitchell is one of the nation’s leading experts on tax reform and supply-side tax policy, and he knows how to explain the politics and complexities of tax policy in easy-to-understand terms. As former Presidential candidate Steve Forbes said of Mitchell’s 1996 book, The Flat Tax: Freedom, Fairness, Jobs, and Growth, “Mitchell marvelously demonstrates how the flat tax will rip away the principal source of political pollution in Washington.”

Mitchell also is the nation\’s leading opponent of tax harmonization schemes developed by the Brussels-based European Union, the Paris-based Organization for Economic Cooperation and Development (OECD), and the United Nations. His September 2000 analysis of the OECD’s “harmful tax competition” initiative was the opening salvo in a campaign to shift the position of the United States government and thus stymie international proposals to persecute low-tax jurisdictions.

Why Can’t We Fix the Tax Code Excerpt

While Americans struggle to comply with one of the world’s most complicated tax codes, it’s worth noting that about one-dozen nations have adopted simple and fair flat-tax systems.

Several Eastern European nations have adopted flat taxes, including Russia, Slovakia, Estonia, and Romania. In every case, economic performance has jumped. Hong Kong has had a flat tax for nearly 60 years, and has gone from being one of the poorest places on the planet to a first-class economic powerhouse. Even the rulers in Beijing who now control the former British colony are smart enough to realize that it would be foolish to change course and kill the proverbial goose.

Too bad American politicians aren’t as economically astute as Chinese communists. Congress occasionally pays lip service to fundamental tax reform, but the House and Senate are struggling to…

Read his full article “Why Can’t We Fix the Tax Code?”