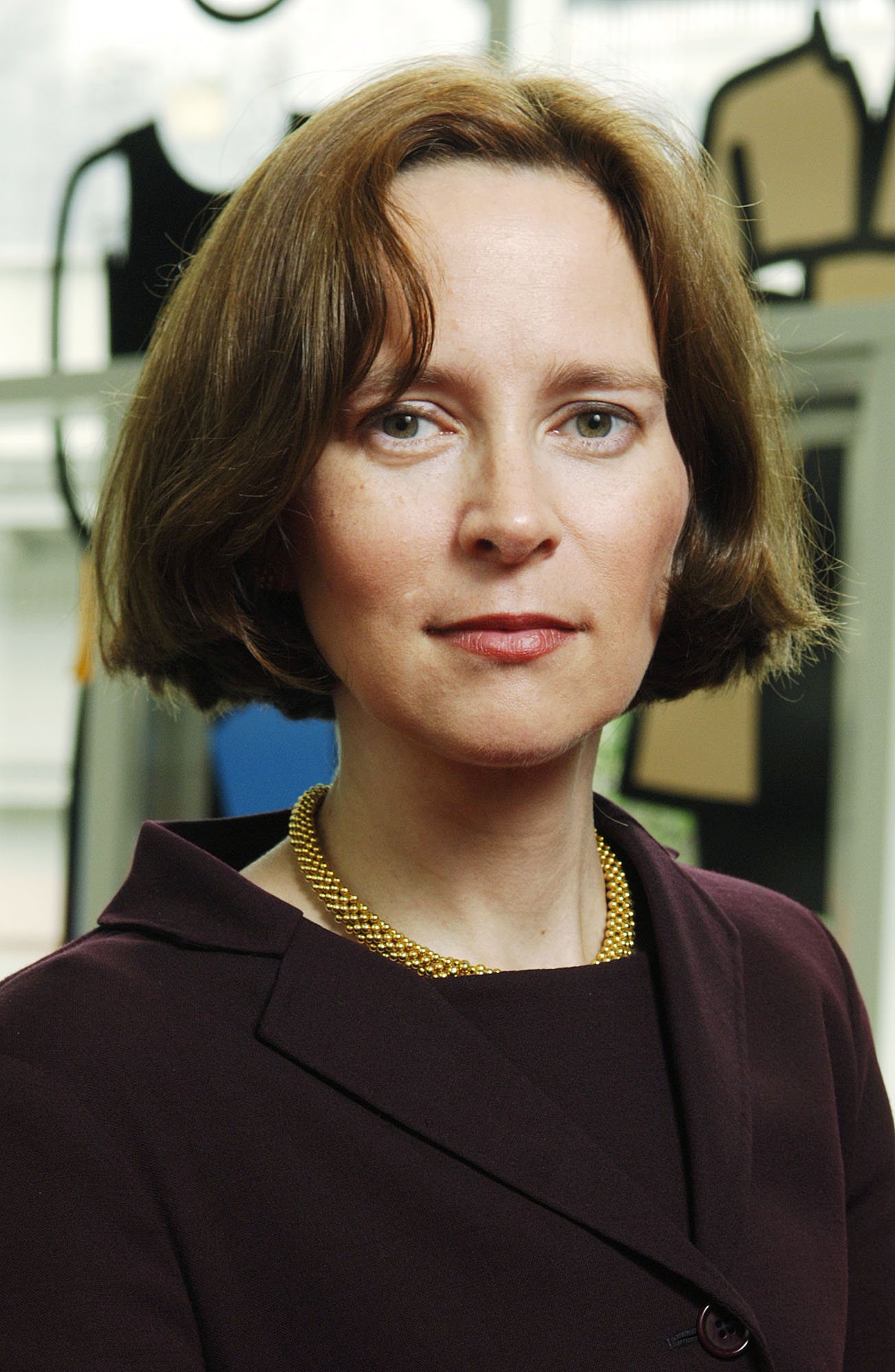 Senior Fellow at the Council on Foreign Relations

At least it made jobs. That’s the thing we say to ourselves about the New Deal – even as we wonder whether we can replicate such a feat.  In fact these days public-sector jobs of the New Deal sort are looking better and better.  We think about those jobs when we hear about market crashes, or when political candidates talk about another New Deal for our nation’s rusting infrastructure.   The levies that failed in New Orleans during 2005’s Katrina, the collapse of a bridge in Minnesota – all such problems add a sense of urgency to the general debate about government and work. As a nation we are developing what might be called an Edifice Complex, and we’re basing it on literal New Deal edifices.

Given the modern Edifice Complex, the actual quality of New Deal spending, job creation and growth are worth a second look. The record, as I discovered writing The Forgotten Man, is less impressive than the rhetoric implies.

The New Deal government indeed spent a lot. Nowadays Congress considers a 1% increase in the budget tantamount to treason, or nirvana, or both. President Roosevelt had no time for paltry 1% changes. He nearly doubled the federal budget in his first term. The Works Progress Administration, which hired people for smaller projects, spent several billion all by itself.  The idea, as the New York Times put it back then, was for Washington to do work that could “not be undertaken by private industry.” A second multibillion-dollar project, the Public Works Administration, was headed by Harold Ickes, the father of the adviser to President Bill Clinton. Public Works Administration schools, swimming pools or town halls went up in nearly every county of the U.S.

Along the way the New Deal created a lot of jobs–millions. Those jobs did indeed cause significant business activity. Industrial production–factory activity, basically–came back to 1929 levels around the time of Roosevelt’s re-election in 1936. All of these outcomes are taken as evidence of the success of spending.

But what really stands out when you step back from the 1930s picture is not how much the New Deal public works achieved. It is how little. Notwithstanding the largest peacetime appropriation in the history of the world, the New Deal recovery remained incomplete right through the 1930s. From 1934 on–the period when the spending ramped up–monetary troubles remained. But they  could not take all the blame for the Depression. The story of the mid-1930s is the story of a heroic economy struggling to recuperate but failing to do so because of perverse federal policy. The worst factor was Roosevelt’s war on business.  But one can also make the radical argument that lawmakers’ preoccupation with public works got in the way of allowing productive businesses to expand and pull the rest forward.

What was wrong with those public works jobs? Many created enduring edifices–New York’s Triborough Bridge, for example, the Mountain Theater of Mount Tamalpais State Park outside San Francisco, the Texas Post Office murals, which were funded by Henry Morgenthau’s Treasury. But the public jobs did their work inefficiently. That was because they were scripted to serve political ends, not economic ones.

One of the saddest accounts of the public-works job culture I came across in researching The Forgotten Man was that of a model government farm in Casa Grande, Ariz. The men were poor–close to “Grapes of Wrath” poor–but sophisticated. They knew that the government wanted them to share jobs. But they saw that the only way for the farm to get profits was to increase output and to stop milking by hand. Five dairy crew men approached the manager to propose purchasing milking machines to increase output. They even documented their plea with a shorthand memo:

“Milking machine would save two men’s labor at five dollars per day . . . Beginning in September would save three men’s wages or $7.50 on account of new heifers coming in.”

The men were willing to strike if they didn’t get the machines, though they feared they might lose their precious places on the farm if they did strike. Their fears proved justified. “You’re fired,” the workers later recalled the manager replying when he saw their careful plan. The government man was horrified at the idea of killing the jobs he was supposed to be providing. “You’re jeopardizing a loan of the U.S. government, and it’s my job to protect that loan. You’re through, everyone of you, get out.” The men were appalled, and some did leave.

A related problem was that the New Deal’s emergency jobs were short term, lasting months, not years, so people could not settle into them. There was a reason for this – the jobs lasted about as long as a politician’s attention span, a few months. The turnover led to further disruption. In the very best years of Roosevelt’s first two terms, unemployment still stood above 9%. Nine percent is better than horrendous, but it hardly is a figure that induces hope.

One could interject that such arguments do not take into account the context–the paucity of other jobs, the dust storms, the deflations, the homelessness, the incomprehensible real privation of the period. But in the later part of the 1930s, the same model infrastructure projects did their part to prolong that privation. The private sector, desperate, was incredibly productive–those who did have a job worked hard, just as our grandparents told us. But the government was taking all the air in the room. Utilities are a prime example. In the 1920s electricity was a miracle industry. There was every expectation even in the 1930s that growth in utilities might pull the country through hard times in the future.

And the industry might have indeed done that, if the government had not supplanted it. Roosevelt believed in public utilities, not private companies. He created his own highly ambitious infrastructure project–the Tennessee Valley Authority. The TVA commandeered the utility business in the South, notwithstanding the vehement protests of the private utilities that served the area.

Washington sucked up much of the available capital by selling bonds and collecting taxes to pay for the TVA or municipal power plants in towns. In order to justify their own claim that public utilities were necessary, New Dealers also undermined private utilities directly, through laws–not only the TVA law but also the infamous Public Utility Holding Company Act, which legislated many companies out of existence. Other industries saw their work curtailed or pre-empted by government as well. The fundamental principle of economics, scarcity, was not suspended in the 1930s. There surely was a scarcity of jobs in the 1930s, but there was also, paradoxical as it may sound, a scarcity of talent.

What about that oft-cited rising industrial production figure? The boom in industrial production of the 1930s did signal growth, but not necessarily growth of a higher quality than that, say, of a Soviet factory running three shifts. Another datum that we hear about less than industrial production was actually more important: net private investment, the number that captures how many capital goods companies were buying relative to what they already had. At many points during the New Deal, net private investment was not merely low, but negative. Companies were using more capital goods than they were buying.

All this tells us that while some companies were gunning their engines for the moment–that industrial production–they had little hope for productivity gains in the years ahead. Business no longer believed in business. Five years into the New Deal, companies across the country were mounting what Roosevelt himself described as a “capital strike.”

People became accustomed to a sort of calculus of frustration. The closer the country got to the prosperity of 1929, the more impossible reaching such prosperity seemed. The 1930s came to be known as the always recovering but never recovered decade. The Dow itself confirmed this pessimistic assessment by stubbornly remaining below 1929 levels through World War II and into the 1950s.

The relevant points for today are simple. The famous “multiplier effect” of public spending may exist. U.S. cities do indeed need new highways, new buildings and new roads, maybe even from government. There may also be a spillover effect, as historian Alexander Field has noted. When the government builds a road, it is easier for the trucker to get from one point to another, and he makes higher profits. These merits should be weighed against damage that comes when officials create projects and jobs for political reasons.

An emergency such as a Great Depression can serve as a catalyst for job creation. But the dire moral quality of that emergency does not guarantee that a project undertaken in its name will be more efficient than your standard earmark.  In fact, infrastructure spending is often just a nicer name for what we used to call pork. Given the depth of modern capital markets the New Deal’s old argument – that “only the government can afford this” looks particularly week. The New Deal edifice did not form the best basis for the country’s future.