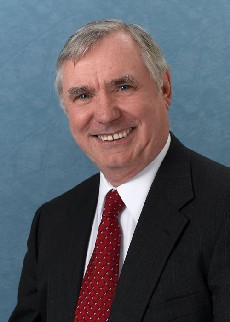 POLICY IMPLICATION: Big changes in federal and state law and regulation would be required to create such a market.

BUT… HIGH LEVELS OF PERSONAL SATISFACTION

7 in 10 American workers are “completely” or “somewhat” satisfied with their health insurance benefits.
Gallup Poll, August 2003

e.g. Universal Coverage Proposal (The “Michael Moore Option”). Initial support was 50 percent favorability. When those favoring the plan were told that it might mean that they would have to “wait longer for some hospital and specialty care,” 34 percent of those initially favoring the proposal then opposed it.

e.g. Employer Mandate Proposal (AFL/CIO Option). Initial support was 76 percent. When those favoring that plan were told that it would raise costs for businesses and consumers and force layoffs, 46 percent of those previously supporting it then opposed it.

e.g. Tax Credit Proposal (Moderate Democrats/Conservative Republicans). Initial support was 70 percent. When those favoring the proposal were told that amount of the credit would not be enough to cover the cost of an individual health insurance plan, 39 percent of those previously supporting it then opposed it.

A recurrent theme: Cost Anxieties. When asked whether they were worried about not being able to pay medical costs if they got sick, 24 percent of Americans said that they were “very worried” and 22 percent said that they were “moderately worried.” Cost worries are a constant in every survey.

POLICY ADVICE: Think big, but act carefully. Let folks keep what they have and what they like.

NO ESCAPE FROM HIGH HEALTH COSTS

POLICY ADVICE: Avoid cost shifting, focus less on cost and more on value for money. But How? Empowering patients as key decision-makers.

NATIONAL PROFILE OF THE UNINSURED: A DIVERSE AND DYNAMIC POPULATION

Roughly 84 percent of Americans have public or private insurance coverage. The minority of the uninsured are a heterogeneous population, and their coverage options are affected by a variety of social, economic, geographical and political factors.

OBSTACLE #1 TO A FUNCTIONING PRIVATE MARKET: THE FEDERAL TAX CODE

Enacted as part of the Medicare Modernization Act of 2003, roughly 250 million Americans are eligible to participate in Health Savings Accounts; 4 percent of the workforce.

WHAT TO AVOID: Government Benefit Setting.

SOLUTION #2: USE EXISTING GOVERNMENT SUBSIDIES FOR THE UNINSURED

WHAT TO AVOID: Don’t embed assistance in the insurance premiums of standardized plans, but transmit set amounts directly to different plans chosen by the beneficiaries.

WHAT TO WATCH: How the new Massachusetts’ “Cost and Quality Council” generates and distributes price and quality data and engages patients.