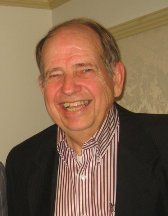 The First Amendment hallows the rights of freedom of speech, the press, assembly and petition. But the first of these rights, and the one out of which these others historically sprang, is freedom of religion. Freedom of religion establishes the foundation of the free society. Where it is present, the society will possess these other freedoms also. Where it is absent, as still in many countries around the globe, these other freedoms either will not exist or will be shams.

The aim of the First Amendment was not to discourage religion.  Even the most liberal of the Founding Fathers, such as Thomas Jefferson, believed not only in God but also in divine Providence, whose hand they saw in the rise and success of the United States. But they wished to prevent the mutual hostilities that broke out on American soil between rival forms of Christianity, to the detriment not only of religion but also of the society. Their aim was to encourage both society and religion by guaranteeing to every form of religion its freedom to follow its own path in peace. On the other hand the First Amendment provides no support for forms of religion whose aim is not peaceful and respectful of the freedoms of others.