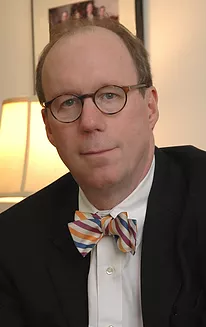 When Otto von Bismarck warned that “We must never look into the origin of laws or sausages,” he articulated a principle diametrically opposed to the Enlightenment ideal of intellectual exposure, summed up in Kant’s motto for the Enlightenment: “Sapere aude,” Dare to Know!  What we call “critical thinking” today  is an heir—often a wayward heir–of the Enlightenment project of making man autonomous by elevating human reason at the expense of the customary and conventional.

It is a pleasure to join you in the city of brotherly love to discuss “challenges to conservatism.” I am confident that quite a lot of brotherly love would need to be expended to arrive at a universally agreeable answer to the quandaries before us. I know plenty of people—including some very smart ones—who will tell you that “globalization” is the one of the biggest threats that conservatism now faces. I know others, some equally percipient, who maintain that globalization is mankind’s, and therefore a fortiori conservatism’s, biggest hope.

Fortunately, I do not have to adjudicate that conflict, though were I asked I would be tempted to say that they might both be right, since what looks like a challenge seen from one point of view can appear as a tonic opportunity from another. In that sense, I suspect, “globalization” is a lot like its primary engine, capitalism, and can be seen as the friend or foe of conservatism depending on what features you choose to stress.

In any event, I have been asked to say a few words about “multiculturalism,” one of those vertiginous concepts—”postmodern” is another—that expand to fill the emptiness of the heads urging its advantages. While it would be hazardous to venture a definition of multiculturalism, it is clear that the word, like the actions undertaken in its name, are deeply implicated in what Lionel Trilling called “the adversary culture of the intellectuals.” It is a diminishing characteristic of modern culture…