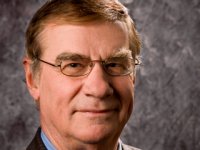 The “Climate Crisis” (nee ‘Global Warming’) has been the focus of discussion since 1988 when NASA Scientist James Hanson proclaimed that he was 99% certain that “the greenhouse effect has been detected and it is changing our climate now.” Since then, we’ve had numerous news reports, specials, and expos?s discussing the future disaster that looms before us as a result of human increases in greenhouse gases – culminating in a feature-length motion picture which won an Oscar and a Nobel Peace Prize for the former Vice-President of the United States.

But just what is going on? Is there truly a “Climate Crisis” that is leading to impending disaster for humankind unless we act now – or is it merely hype that distracts us from the real environmental issues facing us today? This presentation investigated the facts surrounding climate change both around the globe and across the Delaware Valley.

David Legates is the Delaware State Climotologist and an associate professor at the University of Delaware.